You are here: Home / Love / What 3 Questions are Just Underneath the Surface of Every Relationship?

Every time I walk around the corner to great a new couple who's come to my office for couple therapy, I am met by two people sitting in my waiting room, each with one leg nervously bouncing up and down while they sit. Even when I say, “Hi there, come on in and we'll have some fun,” I know that they are terrified that once they sit down on the love seat in my office, that I will look at them and say, “Your relationship is terminal. I'm afraid there's nothing we can do. I give you two weeks to separate.” 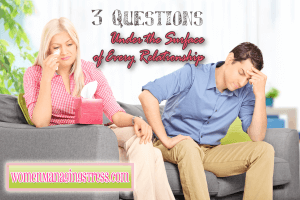 It just breaks my heart. I'm a hopeless romantic. I LOVE love. I want everyone to be happy, and I want them to know all of the depth that love has to offer.

So just how does a couple get to that point to know that depth- even after something big has happened that completely threatens the relationship?

Do we focus on who's right and who's wrong? No.

Do we make one (or both) partners feel terrible about the choices they've made? No.

Do we teach them how to fight and how to communicate? Well, in a way. But that's not what we focus on.

Let me show you…

Chris and Hannah met in college. They started dating after a few years of being friends. Everything seemed to be going great- and right on time. They finished college, found jobs, bought a house a few years later, and then welcomed their first child, and then another. It was picture perfect.

After one especially trying day, Hannah was tired. She hadn't eaten all day long and she felt overwhelmed trying to get everything together for their upcoming summer vacation. All she could think about was getting the house cleaned before they left, packing everything, and confirming their trip itinerary.

Chris came home from work late, and he had been reprimanded by his boss for a mistake made by someone else. With a change in ownership where he worked, he was worried about it somehow affecting his job, and he thought maybe they should change their plans and so he wouldn't have to be away as many days.

He came in the door, discouraged. But with Hannah's worries, she didn't notice his mood. When he came up behind her and put his arms around her, she immediately snapped, “Not now! Can't you see I'm busy? All you ever want from me is sex. I need my own vacation just so I can get a break. It takes a week just to get ready to go.”

Chris dropped his hands and silently slunk away, feeling alone. His fears about his job just seemed to escalate since his mind just kept replaying the reprimand from his boss and the rejection for a hug from his wife. He hadn't even wanted sex. Just a hug would have calmed his rapidly thumping heart.

As of his worries kept playing over faster and faster in his mind, his doubts just multiplied.

Meanwhile, Hannah fretted to make everything perfect for their trip.

The trip happened. Chris kept his job. But the distance that started from that one afternoon where both of them were having a bad day was just the start of a growing gap that kept growing and growing. To cope with his discouragement and fear, Chris turned to prescription medications. With all that was on him, he wasn't sure he could handle rejection from Hannah again on a day when he needed her support the most. From time to time, he turned to those meds as a way to get through a tough time.

Hannah didn't think much of it. She just chalked that day's mishap up to both of them being tired and trying to do everything at home and work that needed to be done prior to their vacation. She kept going on like normal, because to her, everything was normal.

Fast forward three years later…Hannah was putting away laundry. When she was tucking the t-shirts into Chris' nearly overflowing drawer in the dresser, her hand hit something hard tucked inside. Curious, she pulled out a box and discovered some prescription meds tucked away inside. Strangely, she didn't recognize the name on the labels.

This is odd, she thought. When Chris came home, she asked him about it. He played it off and said that one day at work, he had a migraine, and a co-worker gave him some pills to make it go away. The guy told him to keep them in case he ever had one again. It was no biggie.

Hannah wasn't comfortable with it, but she let it go.

But three months later when she found another bottle hidden in the console of Chris' truck, she knew there was something else going on. Chris blew up at her and yelled some really hurtful things to her. That's when she said, “I can't do this anymore,” and they called a therapist.

Who's right? Who's wrong? Who's to blame? When did it start? Did one person mean to start it? Did they even know “what” had started?

So many questions- and so many fights had already happened in the weeks leading up to that phone call. They came to the session wanting to know who was right and who was wrong. They hoped that knowing who was to blame would help them to move forward. 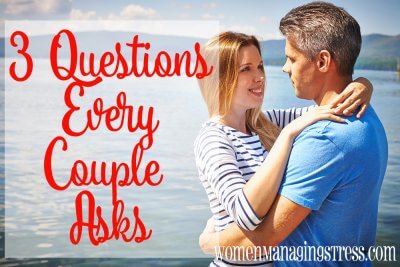 If those answers were easy- who's right and who's wrong and all of that jazz- then marriage therapists wouldn't even exist. Fights wouldn't keep happening. And relationships would last.

It's not that simple. And even being able to pinpoint who's the reason things blew up doesn't change anything. What we really want isn't knowing who screwed up. What couples really want to know is:

Are you there for me?

Do you get me?

Do you love me in spite of me?

They seem like simple questions, don't they? Almost like you should be able to just rattle off, “Yes, yes, YES!” to all three of them without even thinking.

But all it takes is one bad afternoon, and all of a sudden, it's hard to answer those questions. It's hard to trust whether or not your partner is there for you. It's hard to believe that they actually get you. And it's really hard to think that after a betrayal, they could love you in spite of what has happened.

And yet, that's all you want.

With Chris and Hannah, that afternoon before the trip, neither of them felt supported (“Are you there for me?”) or understood (“Do you get me?”) by their partner. As time went on and the wound kept growing, along with the lack of effort to understand and reconnect, their thoughts turned to, “Do you love in spite of me and all that has happened during this time?”

To help you remember those three underlying questions, I've designed a bookmark that you can keep tucked away to refer to in those moments when you want to yell and fuss and fight and know who's right (just click here to download it). The next time one of those tense conversations is just brewing below the surface, pull it out and ask yourself:

Then, once you have your answer, ask yourself:

“Which one of these questions might they be wondering about me? Am I there for them? Do I get them? Do I love them in spite of them? Do they know how I feel? Or are they sitting there wondering those things?”

When you know which of those three questions is really underneath your emotions, it can help you to have a more productive- and connective- conversation.

For More Insight on Couples: 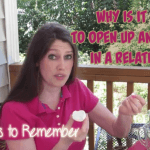 Why is it so Hard to Open Up and Share in a Relationship?

You would think that when you fall in love with that special someone, that talking about anything and everything would come naturally. So why is it that so many couples actually worry about their spouse finding out how they really feel? Get the scoop. 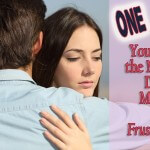 Does Anybody Understand My Frustration- or am I All Alone Here?

Instead of keeping it all in, finally, you let it all out. It feels good. For a minute. Then they start telling you what to do. Suddenly, you're wishing that you hadn't said anything. Now you're more frustrated than ever. Why is it so hard for others to get you? Why do you feel worse for opening up and sharing? Here's what's happening.