You are here: Home / Self / Can I Just Do Nothing? 3 Ways to Relax Without Guilt

Back in the 80's, there was a pretty popular kids movie called The Never-Ending Story. In it, there was something so big, so powerful, and so consuming that everyone was terrified of it: the nothing.

The nothing was actually a huge storm that was coming quickly to cover the world of Fantasia. In this storm, everything ceased to exist. No monsters. No princesses. No heroes. No hope.

As much as you may fantasize about having a day where you can do nothing, it seems that just like the people who lived in Fantasia, there's a huge fear about doing nothing.

What will people say if I take a day off of work? Even if I do need a mental health day, the work will still be there when I get back. What's the point?

There's so much to do around this house. How can he just sit there watching the game, happy and content as can be? It must be nice.

I'll relax. But I have to get through this list first. It's never ending. {Sigh} But I'll be able to enjoy watching that show so much more when everything else is done first. {Sidenote: The list never gets done, and the show gets added to the list of things you feel guilty about not doing.}

What would it take to not feel so dang guilty for doing something fun and relaxing? I just can't imagine. Even if I want to, I don't really enjoy it because my mind is constantly thinking about all of the things that I should be doing. It seems like everyone else must know some secret that I don't. Or else they just don't care about things the way I do.

There's a Love/Hate Relationship in Regards to Doing Nothing 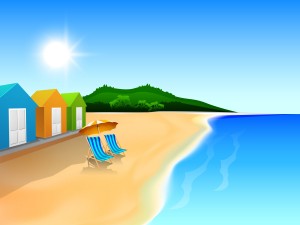 When you're extremely busy, doing nothing seems like a fantasy. You'd love nothing more than to just sit on the couch with a book.

When something prevents you from being able to relax (and do nothing), you hate it.

When you have the opportunity to do nothing, you may not be in the mood.

You may even feel that if you were to take some time for fun and resting, that it would take too much effort to get back in the groove, so you just keep to your list and routine, never veering away.

It's a serious conundrum at times.

So just how can you do a little bit of nothing without a whole lot of guilt?

So when will you do nothing?