You are here: Home / Love / Does Divorce= Failed Marriage? 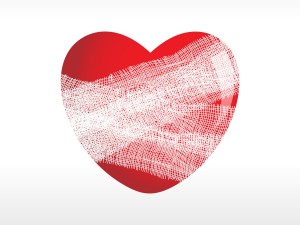 This morning, like all mornings, I was making my bed and getting ready for the day while the Today Show played in the background. They were talking about love and relationships for those who were 50 years old and older, and suddenly, my ears perked up at the words, “Failed Marriage.”

To me, the answer is “NO” to all of those questions.

A failed marriage can be one where two people are married, but not connected. Divorce is a public, legal status of a relationship. It signals to everyone that a relationship dissolved. But just because there’s no legal document signifying the end of a marriage, it doesn’t mean that the relationship continues.

Divorce is not pretty. It’s the death of a couple. And while it does take two to tango, sometimes both parties are not willing to make changes. Sometimes one person is willing to make changes, but the other person is not. While the marriage does end, does that mean that you failed at your marriage? No. As long as you were willing to try, to make changes, to be honest, to be forgiving, and to be truthful- you didn’t fail at marriage. Often, when people say “failed marriage,” it also implies that the parties involved aren’t good at making marriage work. But don’t view yourself as a failure at relationships or marriage. You can never control someone else’s actions or decisions.

Now, for the tricky one: “Does every marriage that lasts “succeed?” NO! It may be hard for you believe, but not all of the smiling couples who have been married for 50 years are happy. Don’t equate silver and golden anniversaries for happiness. Don’t think that their marriages are automatically successful just because they last. Many, many couples live separate lives. Many couples are not connected to each other.

So the bottom line today: divorce doesn’t mean that you’re a failure at relationships or marriage. Think twice before you label it as a “failed marriage.”