You are here: Home / Self / The Great Oz Has Spoken. What Did He Say to You? 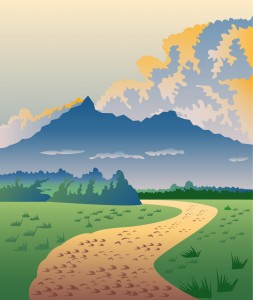 It’s amazing what happens when you watch favorite movies from your childhood as an adult. Last night I watched The Wizard of Oz as part of one channel’s tribute to the upcoming Oscar Awards.

I used to think of the Wizard himself as a bit of a fraud. No one had ever seen him. He didn’t interact with his city. And he seemed wishy-washy about following through on his promises to Dorothy and the gang.

But last night, I saw just how much wisdom he had.  When the Scarecrow, the Tin Man, and the Cowardly Lion shared their desires from the wizard, what did he tell them to do? He told them to bring him the broomstick of the Wicked Witch of the West in order to receive a brain, a heart, and courage.

As the remaining scenes in Oz unfolded, I saw exactly how much wisdom the Scarecrow already had. He was busy masterminding plots to rescue Dorothy. And the Tin Man? His compassion shined through when he patiently kept putting the straw back in the Scarecrow after the flying monkeys unstuffed him. He fought tears back constantly. The Cowardly Lion didn’t run when they dressed in disguises to enter the witch’s castle. He even tried to stand up to the Great Oz.

The Great Wizard of Oz, like wise parents, knew the value of experience in helping people to see what their strengths are. He also knew that no matter what he said, he would never be able to convince them that they already possessed those traits within them. He knew that for them to believe him, they would need to experience it for themselves.

So the next time you’re scared about making a new change in your life, recall these words by the Great Oz: “You are under the unfortunate impression that just because you run away you have no courage; you're confusing courage with wisdom. “

The next time you’re not feeling as smart as those around you, “Some people without brains do an awful lot of talking.” Don’t confuse those who always speak as always having the right answers.

The next time you’re beating yourself up for not doing enough to show that you care, remember:  “There are men that do nothing all day but good deeds… And their hearts are no bigger than yours.” Don’t confuse someone else doing more good deeds with caring more than you do.

The Great and Powerful Oz has spoken. What did he say to you?