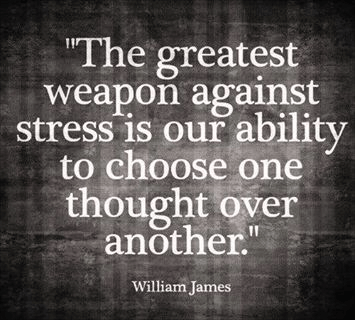 You are here: Home / Self / How to Change Your Life by Changing One Thought 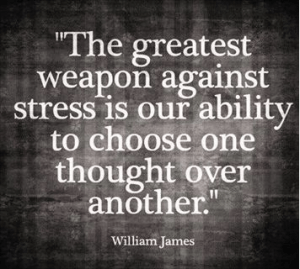 We talked a little about reframing earlier. Now, we're going to take it to the next level. This is where the magic starts happening…

It's been a really long week. Heck, it's been a really long day. You had to get up extra early this morning to make cupcakes for your daughter's party at school. You just ran out of time to bake them last night. You discovered you were out of eggs when you opened the refrigerator. So you had to wait for the grocery store to open to pick up some pre-baked cupcakes from the bakery. But that made you run late dropping her off at daycare, so you got caught by the train and of course- late for work.

The meeting with your team ran over because no one could agree on anything. Afterwords, your boss pulled you to the side and asked you to take the lead on getting everyone to comply with the new policies. Great. That's one more thing to add to the list. Then you check your phone and see that your aunt is sick and in the hospital, and your mom is freaking out.

After the day from hell, your body feels tense all over. You have a splitting headache. You're starving (working through lunch again) and your thoughts keep jumping from one thing to the next:  buy more eggs, check the bank account balance tonight so the rent doesn't bounce, call mom back, why do I have to make sure people comply?, I should have finished college so I wouldn't be in this job in the first place, did I just sit here through an entire green light?

Suddenly, in the midst of all of those thoughts, one single thought zooms into your mind and sets up camp. It's not a helpful thought. In fact, it's a painful crippling thought:

“Your boss is trying to nudge you out the door without saying it. Why else would he put you in charge of enforcing that policy? Isn't that his job? No one will listen to you. It's going to be a disaster.”

Let's chat. This exact scenario may not be you. But having a bad day, feeling stretched and pulled in every direction, being hard on yourself, not having time to eat, feeling exhausted, and worrying probably are things that you encounter from time to time (hopefully not every day). If only you experienced just one of these things at a time. But the way luck would have it, they usually all happen on the same day. Face it: you're usually exhausted on the days when you've done too much, not after a day at the spa.

When you're completely stressed out, you don't have a lot of energy left to tackle thoughts of worry, doubt, or fear. So they take over and grow like a weed, wrapping around and killing any thought that could put an end to that stinking thinking. Instead of telling yourself, “I just had a great annual review with my boss, there's no reason for him to push me out the door,” you instead start feeding that fearful thought. You look for actions of his that may give support to your worry.

That makes the worry more credible.

Here's where reframing comes in: you're going to see how else you can frame the situation. The more specific, the better. Here are a few ways you can try reframing:

Your challenge is to try reframing the next worrisome thought that comes your way! Try it! You'll be glad you did!