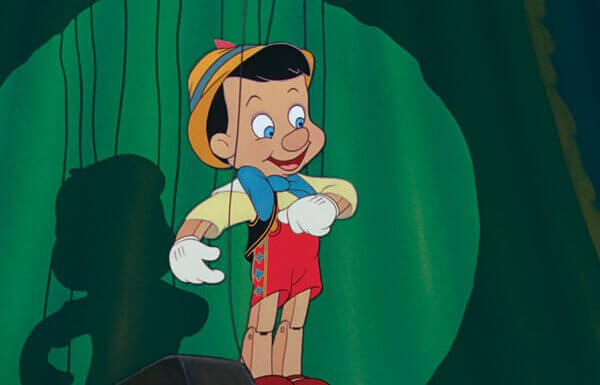 You are here: Home / Self / Pinocchio’s Guide to Taking Control of Your Life

Do you ever feel like you are Pinocchio? Tied down, controlled by others, trapped,  and not free to be who you want to be? When you think about control, often people think of “control” as a bad thing- as something negative and to avoid. But having a sense of control over your own life is one of the secrets to being happy and being able to let go of stress. Feeling like you have some control in our life gives you peace, confidence, soothing, and even, truth be told, a bit of trepidation. But when it feels like others have control over your life, it's easy to feel defeated, hopeless, bitter, and at their mercy.

So often, you spend your time worrying about things that are actually within your control. Yet somehow, it's easy to think of yourself as being at the mercy of others, which gives them the control (whether or not they know it or even care if they have control).

Pinocchio was a puppet, but not just any puppet. He was a marionette and was attached to strings. He felt that he was the mercy of whatever the puppet master wanted him to do. Kick your right foot? Sure, but only if the strings moved in your direction. Sing? Sure, but only if someone did the talking for you. Be a real boy? HA! Take control of your own life and live with freedom? NEVER!
But maybe…maybe there was a way to cut loose from the strings and take back control of his own life. So Pinocchio sat down and made a plan. Other marionettes had gotten rid of their strings. There had to be a way, even if it did seem difficult at times. Here's a peak at his list:

But there's one more piece to this, a piece that stops most people from being successful: having something to turn to when you think it's not possible.

When I Think There's Nothing I Can Do to Be a Real Boy
I probably have more control over becoming a real boy than I might think. I can make it more likely by doing the first list of things and not the second list of things. I really want to be a real boy and it's worth doing these things, even if I feel uncomfortable or put out.

OK, I know this seems like a simple example. But you can insert anything you want to: losing weight, keeping your job, finding a new job, going back to school, stop feeling depressed, growing closer in your relationship, staying within your budget and saving money…you get the idea.
One thing that you may find is once you make up your mind to take control of something, you suddenly have a desire to go against it. You know what I'm talking about. The second you decide you're going to cut sugar out of your diet, someone at work has a birthday and all you can think about is cake. Or you decide to start saving money and you suddenly feel strong urges to go spend money, even on things you rarely think about. Once we decide to stop something, it's suddenly all we want to do. That's part of the battle for control: taking control of your mind.
Your challenge is to determine one thing in your life that you feel like is controlling you. One thing where you're at the mercy of someone else deciding how your life is…and then you're going to take control back! No more fretting. No more feeling hopeless and miserable and holding your breath that nothing bad happens. And then, you're going to make two lists just like above: what you can do to take back control and what you can do to continue giving control to someone else.

But the most important thing you're going to add to the bottom of that list: a reminder for when you think there's nothing you can do to (fill in the blank). Once you decide what you're going to take control of, tell someone (or comment below and share with me here). There's something about sharing a goal with someone else that makes you more accountable and more likely to follow through on it!

What do you say? Will you join me? I've decided I'm going to take control of my reactions, and not let a stressful situation determine how frustrated I will be. What will you decide?