You are here: Home / Self / Stop Comparing Yourself to Apples and Tonka Trucks 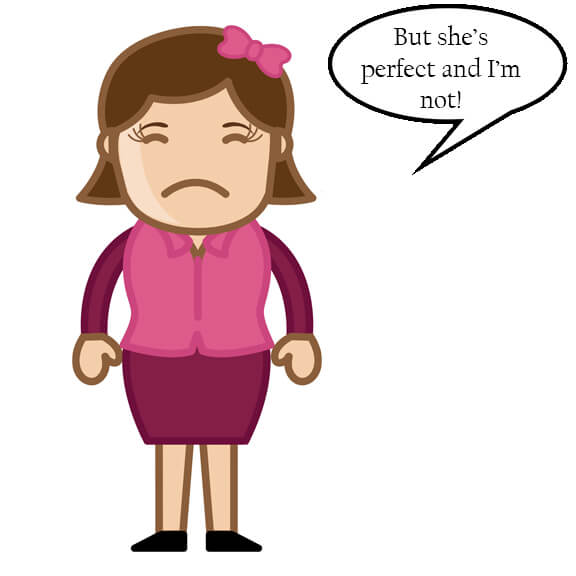 My dear friend, Kristi, loves to call me out when I engage in a little round of “comparing myself to others.” I especially love to do this when I'm tired, hungry, frustrated, scared, or things aren't going as fast towards reaching a goal as I would like.

“But she has done it, and I'm still trying to get there,” I whine.

Thank goodness she doesn't say “apples and oranges,” because by golly, they are both fruits- and I tend to compare somewhat similar things together. I analyze for a living. I'm pretty good at finding similarities in anything (it's one of the many gifts of empathy– you can relate to most everything from some angle). So Kristi would have lost that one because I surely could have shown her just how I was actually comparing two things that are somewhat related.

I am, however, guilty as charged with “comparing myself at my worst to others at their best.” At least, what I think is their best.

Suzy makes the best spaghetti sauce. I look like a hag today and I've only eaten toast. Plus, I haven't dusted in weeks. She's Suzy Homemaker, and I'm Terrible Tammy.

Then, I also automatically assume that she never burns anything on the stove, her family praises everything she cooks, and that there are never tons of plastic containers sitting in her refrigerator with tiny, moldy hairs growing on them.

Because she makes the best spaghetti sauce?!?!?! So she must make the best everything!

Now, I can hear you giggling at me through the computer. Why on earth would I come to that conclusion? While making scrumptious spaghetti sauce can make you a legend, that doesn't mean that she has never walked away from the stove and accidentally burned the bottom of the pan thanks to the natural sugars in tomatoes.

Unless you live in my mind.

And then, even her poo-poo doesn't stink because she makes perfect spaghetti sauce. LOL.

This is when Kristi steps in to remind me: 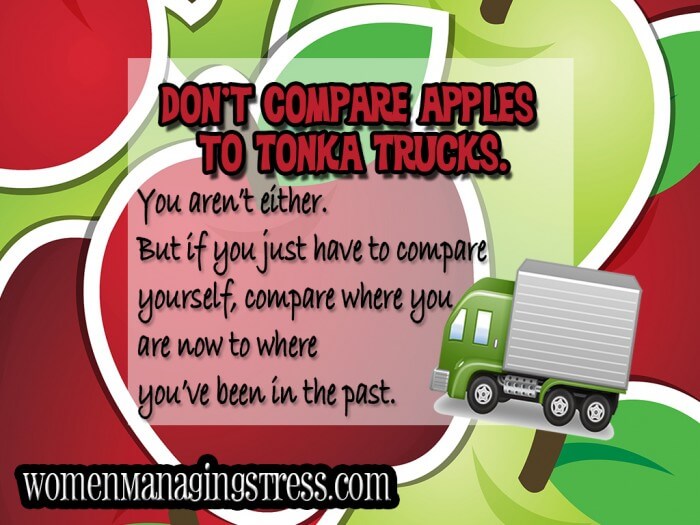 Apples to Tonka trucks? What is she saying?

Then, Kristi goes on to remind me that no one wins in the comparison game. My best is her worst, and vice versa. Everyone has strengths- and everyone has things that aren't so great, too.

But when I'm down, she points out that I'm comparing apples to Tonka trucks.

They are NOTHING alike! They are different colors. One is made out of metal and plastic, the other is a plant that grows and tastes yummy. Why would I compare myself to something that's NOTHING like me?

BOTH are useful and have a purpose. Tonka trucks supply little boys with countless hours of fun while moms fold laundry in a somewhat peaceful zone. Apples make the yummy fruit leather that no one seems to make anymore (so I have to do it myself when I'm craving it).

Just like apples and Tonka trucks, I'm not like anyone else. Truthfully, I don't want to be. I just want to be myself. So why am I comparing myself to someone who is their own person?

The more Kristi explains it, the more I see what she means. When I compare myself to someone else, it is just like comparing an apple to a Tonka truck. I'm not like them. We don't have the same stubborn determination, the same attitudes, or the same needs.

Plus, I'm just making myself feel worse. There's no growth that comes from it. It drags me down.

Everything you and I do has a purpose. Though you may not fully understand exactly what the purpose is at the time, there's a reason that eventually pops out.

Comparison can start off with, “Hmm, that's really neat. I'd like to do that, too.”

But it can soon turn into, “I'm just not going to have that. It's not meant to be. Boo.”

Before long, instead of just focusing on that really cool goal that the other lady in the carpool group achieved, you're now comparing your van to hers, your yard to hers, and how she never seems to run behind.

How to Stop Comparing Yourself to Others

So to stop comparing yourself to others, try these steps:

To get your desktop wallpaper, right-click on the size that you need for your computer. It's designed so you can have all of your program icons on there and still be able to see the reminder. 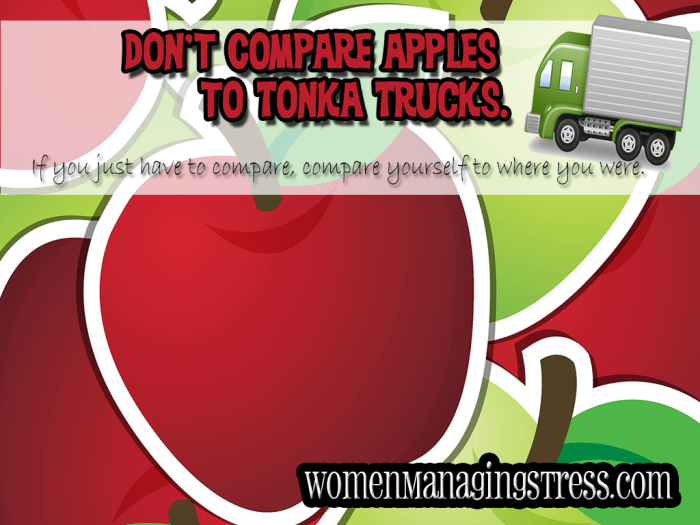